This is a spiritual centre steeped in the energies of Pathanjali Maharishi, the father of Yoga Sutra. AVP Pathanjalipuri draws people from all over the world.

The Arya Vaidya Pharmacy (Coimbatore) Limited (AVP) is the flagship company of the AVP Group. Since its incorporation in the 1940s, AVP has grown in reputation as one of the pioneers in the field of Ayurveda.
The company is headquartered at Coimbatore and has a pan India network of Doctors, Clinics, Sales and distribution network.

The principal ethos of AVP revolves around two aspects: purity of practice and quality of treatment. This has been a special, hand-held tradition over the decades and every member of the team, from the doctors to the care-givers, embodies these values in work and attitude Over the years, AVP has become among the most admired integrated health care providers in the traditional medicine space. Today, its three distinct arms cover:

AVP combines traditional wisdom with new-age technology. The process of making the medicines is routed through a state-of-the-art facility manufacturing facility at Kanjikode, Kerala. The facility complies to ISO 22716:2007 standards certified and meets World Health Organisation’s GMP standards. More than 500 medications covering the broad spectrum of authentic, classical formulations are available through the 600 and counting distribution outlets across the country and in select locations all over the world.

AVP initiated a comprehensive clinical documentation program to produce preliminary data on safety and efficacy of Ayurveda treatments With the backing of its decades old background of efforts in research on Ayurveda, The AVP Research Foundation was established in 2003 and became an independent not-for-profit research institution registered in 2012. The foundation is known for its excellence in clinical research on Ayurvedic medicines, initiatives on practice based evidence, developing research and education oriented software for Ayurvedic fraternity and its journal indexing service in Ayurveda. The department of scientific and industrial research, Government of India has recognised the institution as a Scientific and Industrial Research Organisation(SIRO).

AVP has official tie-ups with Brazil, Argentina, Chile, Switzerland and Latvia to conduct academic and research activities. AVP Baltics was registered in 2015 in Riga, Latvia with an aim to promote Ayurveda in the European Union.

Aryavaidyan Sri P. V. Rama Variar Birth Centennial Ayurveda Hospital and Training Academy is located at Patanjalipuri, Mangarai, the foothills of the Western Ghats in a serene, unpolluted and picturesque environment. It is an integrated education, research and treatment centre and draws researchers from all over the world.

Born in 1908, Aryavaidyan Shri P.V. Rama Variar was the only son of Vaidyavichakshanan Mankulangara Kunjan Varier, a physician, renowned Sanskrit scholar and poet, and Smt. Putiya Variyath Kutty Varasiar. His childhood environment was steeped in these multiple influences of ancient medicine, heritage and literature.

Following his high school graduation, he joined the Ayurvedic College at Kottakkal and became the trusted disciple of Vaidyaratnam P. S. Varier. Until 1930, he learnt the art of diagnosis and the science of making medicines from the carefully prescribed herbs of the tradition. In the gurukula system, his learning encompassed both rigorous practice and long hours of understanding the depth of human anatomy, through theory. In 1930, he was entrusted with the independent charge of the Kozhikode branch of Kottakkal Arya Vaidya Sala. He steered the activities of this branch until the grand dream of creating an integrated identity that would bring learning, research and cure together under an umbrella.

With the blessings of his Guru and the enormous goodwill he had earned in his years of service to Ayurveda, he started Arya Vaidya Pharmacy, Coimbatore in June 1943. He would carve an edifice built on preserving the purity of the tradition, sincerity and commitment to healing and curing and an all-embracing spirit of compassion and service.

Under the stellar and visionary leadership of Dr. P.R. Krishnakumar, a Padma Shri awardee, Arya Vaidya Pharmacy, Coimbatore has come to be known as an internationally celebrated identity for Ayurveda. In the time that he headed this diverse organisation, he chalked the roadmap of his vision and brought together a team of highly qualified, respected and experienced Ayurveda professionals to sustain this global entity.

A recipient of the National Dhanwantari Ayurveda Award in 2016, Shri Krishnakumar was known for his non-pareil contribution to the preservation of Indian culture, traditions and science.

At Pathanjalipuri, Dr. P.R. Krishnakumar has assembled the gurukula paramparya as the traditional method of academic teaching. Over the years, hundreds of groups of people from all over the world have come to participate in the residential programmes and gain an insight into this precious treasure of wisdom.

His spiritual presence continues to guide the team and all the endeavours of the AVP group.

An ardent practitioner of Management Accounting Principles and a firm believer of Integrated Management approaches, Mr.  R. Sivadas Warrier  has served many a corporate Bodies at various Executive levels.

A keen learner of facts has been associated with Ayurveda Industry for more than fifteen years.

With long Exposure to Accounting and to Ayurvedic Industry Mr. R. Sivadas Warrier has a unique blend of Managing Local Traditions of Business with an International Outlook for growth.

He is keenly interested in providing a helping hand to Manage Finance at Micro level.

Other Areas of Interest include Organic Farming of Medicinal Plants, imbibing the spirit of Kerala Ayurveda among upcoming generation.

Mr.C.Devidas Varier is part of the founding family of The Arya Vaidya Pharmacy (Coimbatore) Limited and serves as the Whole Time Director of AVP one of the largest Ayurvedic Institutions in India.

Mr.C.Devidas Varier, over 25 years of experience in the Operations and managing of the various activities of AVP & Group institutions. His experience in AVP helped establish it’s first overseas venture in Europe, AVP Baltics in 2015.

He is keenly interested in the propagation of Ayurveda globally like he elders in his family, and is working with focus & determination in establishing AVP as a global player in the various parts of this Ancient science of life Education Research, Clinics/ Hospital & Manufacturing.

Dr. Ramkumar hails from a family steeped in the traditional practices of Ayurveda, through generations. After completing his formal Ayurveda education in 1991, he was involved in a program for strengthening the health traditions that exists in India.

Over the last 12 decades, Dr. Ramkumar has presented lectures in America, Europe, Africa and South- East Asia on the different aspects of Ayurveda.

Sangitha Varier is part of the founding family of  The Arya Vaidya Pharmacy ( Coimbatore ) Ltd. A graduate in commerce and a degree in education, Sangitha has served in leadership positions of several educational, social and professional institutions, including a nine -year tenure as Correspondent of the Chinmaya Schools, Coimbatore.

She currently heads operations at  AVP Ayurveda Hospital & Training Academy, Mankarai,  and brings with her a deep commitment toward creating medical and health awareness. She has been a crusader for social empowerment and a culture and heritage enthusiast -her understanding has brought out several aesthetic dimensions of Mankarai. 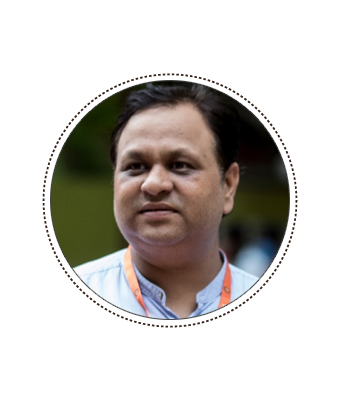 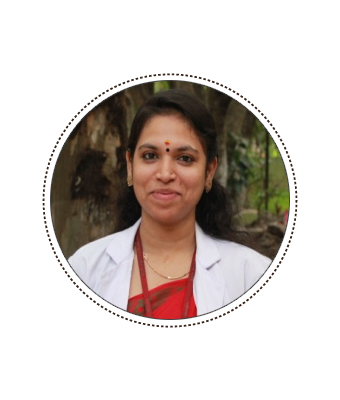 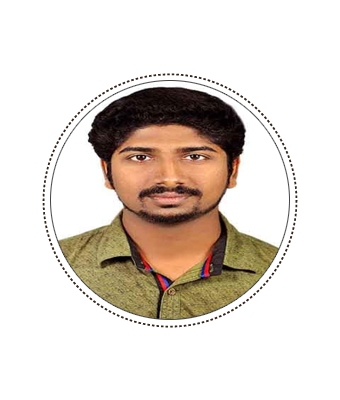 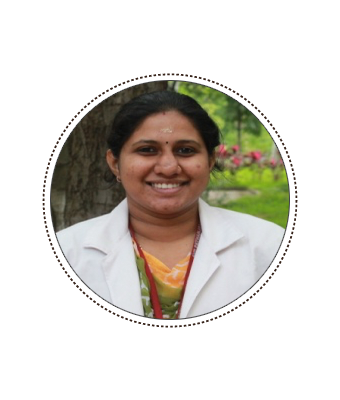 The Arya Pharmacy (Coimbatore) Limted is the flagship company of the AVP Group. Since its incorporation in the 1940s, AVP has grown in reputation as one of the pioneers in the field of Ayurveda. The company headquartered at Coimbatore has a pan Inida network of doctors and a sales and distribution network. 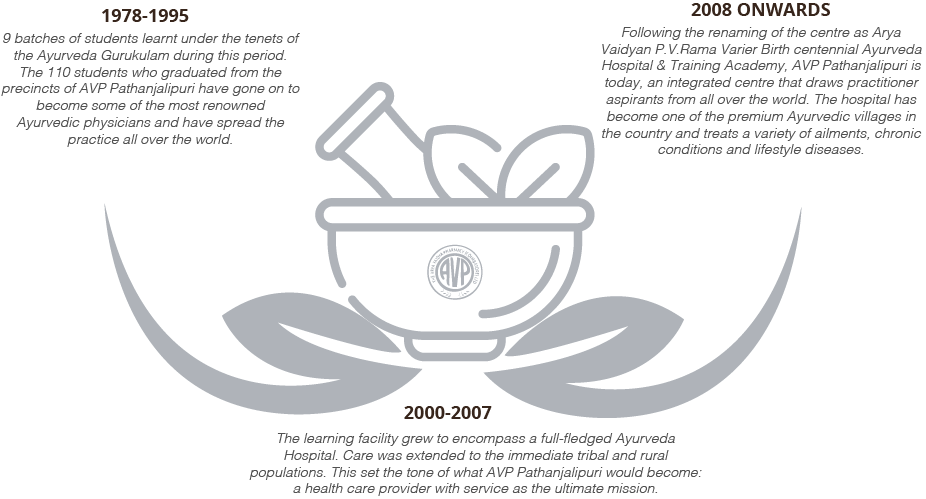